Austria is brisling with the latest technology in lifts found no were else in Europe or North America. Mary this architectural rigor to the ultra-modern comfort of their ski infrastructure and you have an old world flavor that you will find only in Austria.

Saint-Anton-Lech is now the largest ski destination in Austria. The new Flexenbahn lift built in 2017 links Stuben (St-Anton) to Zürs (Lech). Only possible by bus in the past, it now gives birth to the 85 km « Run of Fame ». The run begins on the summit of the Rendl south of St-Anton and on skis, takes you to the village of Warth just 2 km from the German border to the north. For us mere mortals, I suggest dividing your day trips in this Arlberg region into smaller day journeys.

Kitzbühel’s and the surrounding 15th century villages are a showcase of traditional Tyrolian architecture. The new « Super Ski Card » gives access to 23 ski areas straddling the provinces of Tyrol and Salzburg. New for 2019 is the addition of the two new lifts on the Kitzbüheler Horn over-looking the village. To take full advantage of the « Super Ski Card » may I suggest the two following areas: a day trip to the newly integrated Fieberbrunn & Saalbach Valley and the « Ski Welt » whose summits overlook the Brixental valley on both sides.

Sölden four summits over 3000m, two on glacier are a guarantee of a long winter season. The vast ski area and the breath taking panoramas make it the largest high altitude ski area in Austria. Two new intros for 2019: A new more flexible pass allow you to enjoy both Sölden and Obergurgl-Hochgurgl at will. Obergurgl-Hochgurgl ski areas are twenty minutes to the south on the Italian border. The « 007 Element » museum is an addition at the summit of the Gaislachkogl. The museum highlight the making of the latest James Bond sequence « Spectre » filmed in Sölden and the twenty three other films based on Ian Fleming’s spy novels

Innsbruck is for those who want to see it all on one trip. The hub of western Austria and seat of Emperor since the 15th century you have access to all the above ski areas and more. To the nine ski destination of the « Olympic Pass » add Kitzbühel and St-Anton with Sölden as an extra €. All these areas are approximately an hour or less travel. The latest addition to the Stubai Glacier on the « Olympic Pass » is the new cable car completed in 2017 rising from the valley floor to the glacier paradise above. 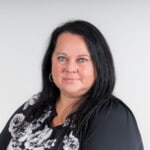 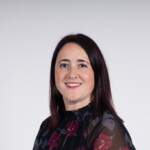