Val d’Isère is one of those places that leaves an indelible mark on your heart and soul. There, you’re surrounded by absolutely insane vertical everywhere you look.

Featuring 78 lifts including two funicular lifts, the lift system connects 300 km of runs, which essentially only represents a tiny percentage of the overall ski area and pales in comparison to the available off-piste skiing.

My particular sector of choice was the Pissaillas Glacier. The Pays Désert sector—which, as its name implies, is quite deserted!—gives experienced off-piste skiers a chance to ski on the glacier. I guarantee it’s one of the most amazing things you’ll experience.

The T-Bar worker suggested I head over to the Pyramides and Signal sector, through which you can access Grand Vallon, an enormous off-piste area where you’ll hop from one glorious powder run to another. This is the place where I seemingly lost all control— jumping and diving right into the snow.

As I scanned the map, I realized that I’d barely covered 5% of the ski area. It was clear I would have to come back countless times if I wanted to even make a dent in the rest of it. 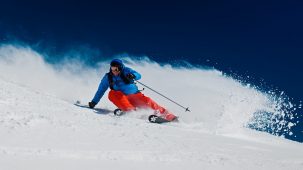 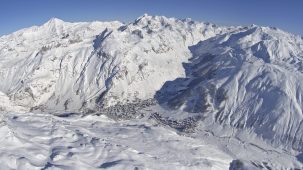