Park City, Utah… I like the sound of that!

Park City had been on my bucket list of U.S. resorts since the age of 15, when I was a regular at Stoneham. Back in the day, I overheard a skier at the resort talking about Park City during lunch and my brain registered every single detail of his story. I spent years dreaming about it.

With a massive 7,300 acres, this enormous ski area is now the biggest in the United States. Park City and Canyons have merged into one and the Quicksilver Gondola gets you from one mountain to the next in no time flat.

With only three days to spend at Park City during my first trip there, I had to be strategic in order to make the most of my time. In fact, I highly suggest that you have a clear plan of action before you go—it’s just so big that you’re bound to have to make some tough choices.

Someone had recommended that I start at the peak of Ninety-Nine 90, which is exactly what I did. And all I can say is… WOW! The view was impressive albeit a little dizzying given the sheer immensity of the place.

After that, I hit Jupiter Peak and its double-black diamond runs… just thinking about it makes my thighs burn! Enough vertical to make you a little leery, perfectly spaced trees and turns you are sure to be proud of.

Right next to Jupiter Peak, you can make your way to the very highest point of the resort at the top of Jupiter Bowl. And, of course, we all know that “bowl” is synonymous with loads and loads of space. The Main Bowl is another must-try area where you are certain to want to snap some photos of the magical landscape after every turn. 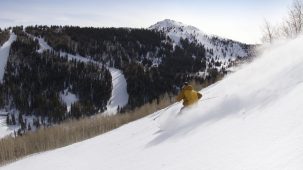 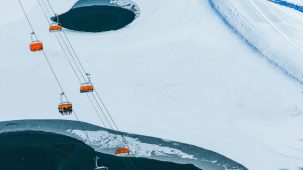 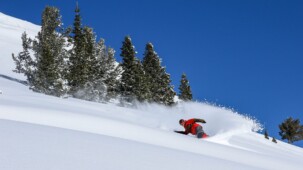 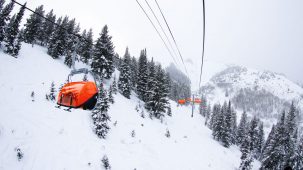