Glide over the vivid turquoise coral reefs of Waikiki, Honolulu’s world famous beachfront, and look down into the extinct volcano of Diamond Head rising above the city. View crescent-shaped Hanauma Bay, a marine reserve in the mouth on an old volcano, and white-sand Waimanalo beach. Hover over the strangely shaped Chinaman’s Hat island and the beautiful coral formations in Kaneohe Bay. You’ll soar over the cliffs of the Nuuanu Valley rainforest, and then fly along the breathtaking coastline to the legendary Sacred Falls and the panoramic Dole Pineapple Plantation. Your adventure into the blue skies of Oahu will also include sweeping views of Pearl Harbor, the Arizona Memorial and the Battleship Missouri. 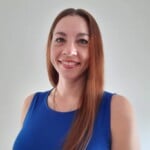